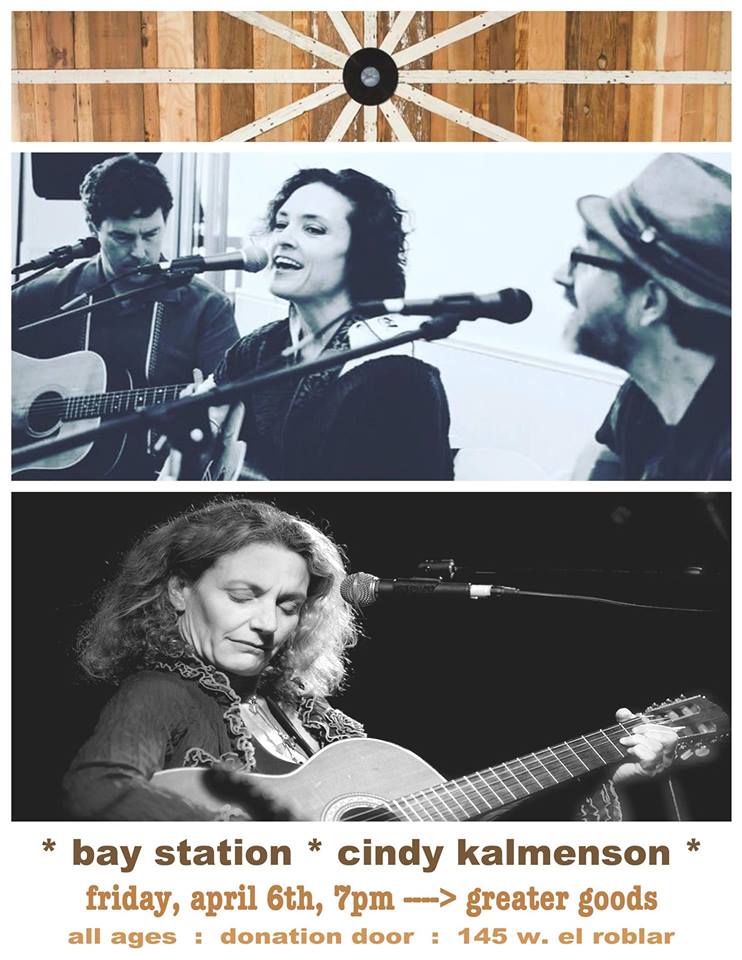 Bay Station finds California -based songwriter/musicians Kwame Copeland and Deborah Crooks collaborating along with several musical compadres to create a diverse form of Americana music. Drawing on their literary and roots tendencies, their songs are imbued with aspects of Americana, blues, jazz, pop, rock and roll. They’ve released two full-length albums since forming in 2014, performing throughout California and beyond, and will release a third, Other Desert Cities, in 2018. Their music has been included in several episodes of the PBS show RoadTrip Nation, and given airplay on radio stations including The Americana Music Show, KALX, WDBX and KAOS.

“This band admirably reflects the wealth of music explored by Hot Tuna, they have that James Gang metabolism, homegrown classicism, and that ability to strike just the right chord with everyone in an appreciative audience.” — John Apice, No Depression

We Will Rise! Community Sing.