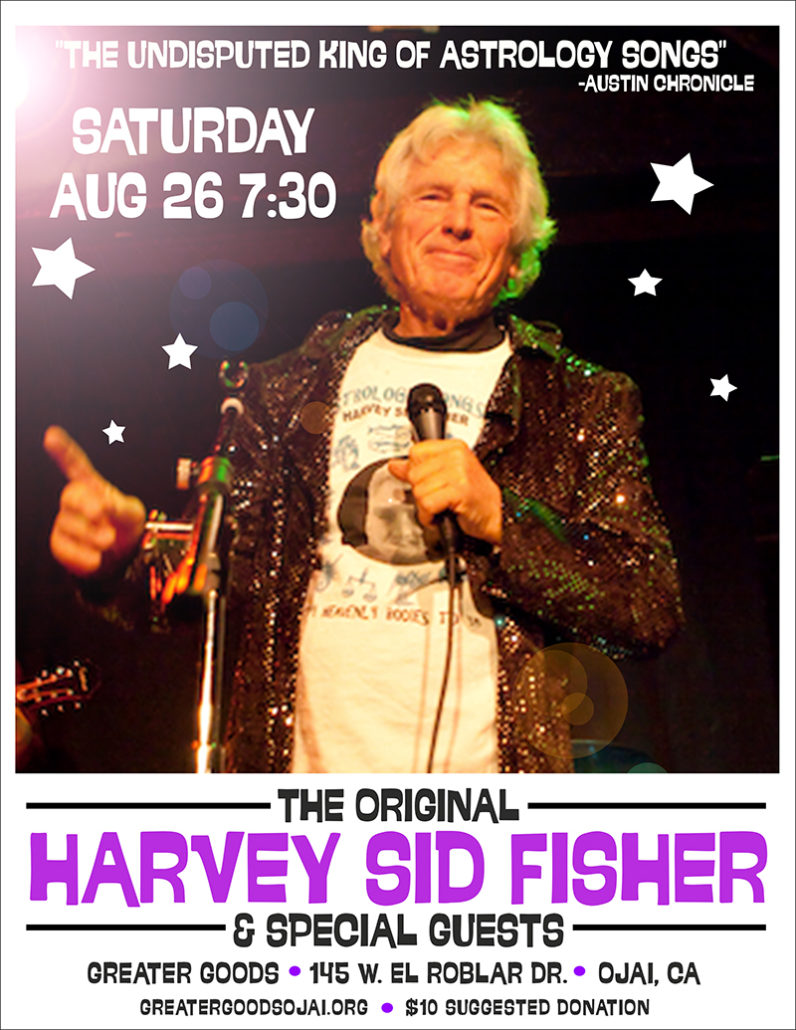 Harvey Sid Fisher is a singer/songwriter/musician, actor, model, and screenwriter, to which he comments “I’m basically out of work in a lot of areas.” He is best known for writing and performing humorous songs about astrology, golf, the battle of the sexes, quitting smoking, the F-word, and wanting his mommy. Greg Beets of the Austin Chronicle called him the “undisputed king of astrology songs.”

There’s a one-in-twelve chance that Harvey will sing a song just for you.

Besides being one of L.A.’s top ten thousand photographic models, Harvey Sid Fisher has been on a “probiotic vegan” diet for 40 years. So we asked Harvey if he’d take a few hours while he’s in Ojai and talk with us about what it means to be on a macrobiotic diet, the health benefits, tell a few more jokes, and then we’ll mosey down to Farmer and the Cook for a great vegetarian lunch. Join Us!