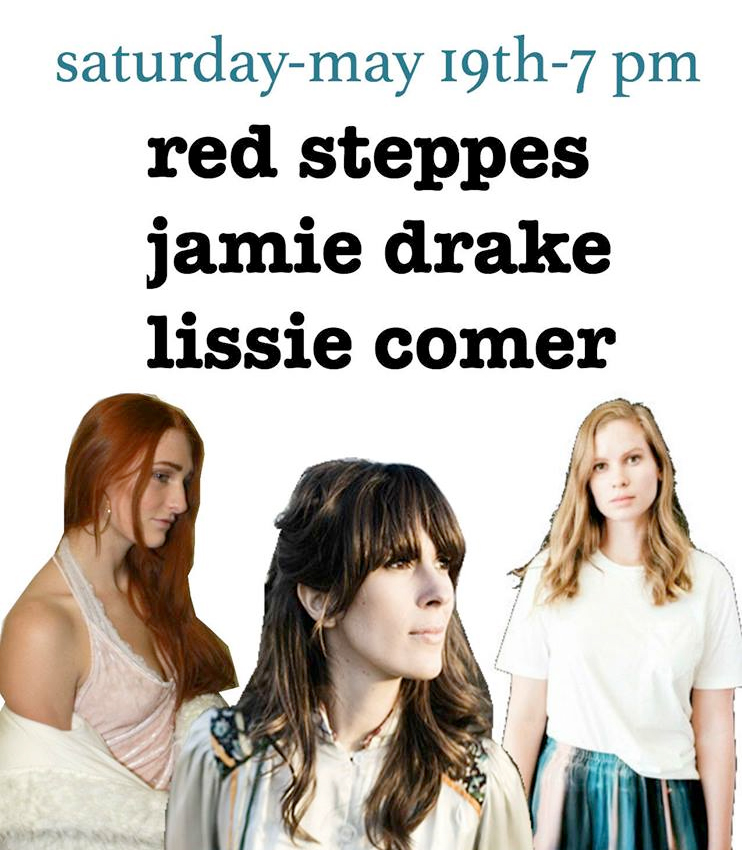 join us for an intimate night of music with three talented singer/songwriters & folkalists.

For nearly a decade, Jamie Drake has been a hidden gem within the Los Angeles folk scene. Having sung alongside and collaborated with artists as varied as Jim James, Peter Yarrow (Peter, Paul and Mary), Moby, Ed Helms, Glen Phillips, Sara and Sean Watkins (Nickel Creek), Willie Watson, Susanna Hoffs,Tim Robbins, in addition to frequently lending her voice to film and television (she co-wrote and performed the theme for the upcoming CW show, Life Sentence), Jamie now turns to her own solo efforts with the forthcoming release of her sophomore album, set for release in late 2018. In it, she mixes her folk traditions with modern sounds and adds a generous dose of adventure into uncharted and original musical territory that is wholly her own. https://www.jamiedrakemusic.com/

A Mouth May Grow is the first full length album from red steppes. Helmed by songwriter and photographer Nika Aila States, recorded and mixed to tape at Tiny Telephone in Northern California, the songs are built from organic and felt performances, drawing their aesthetic language from the bounded period of long days and evenings in the studio, from the generous imitations of analog tape. Driving the album’s musical exploration is a deep respect for folk music, age-old melodic traditions, and for the experimental and irreverent.
http://www.redsteppes.com/

lissie comer is a talented young musician and songwriter from the bay area. she is finishing her senior year at besant hill school in the upper ojai & is in the midst of finishing an e.p. that was recorded at greater goods this may, 2018. https://soundcloud.com/lissiecomer