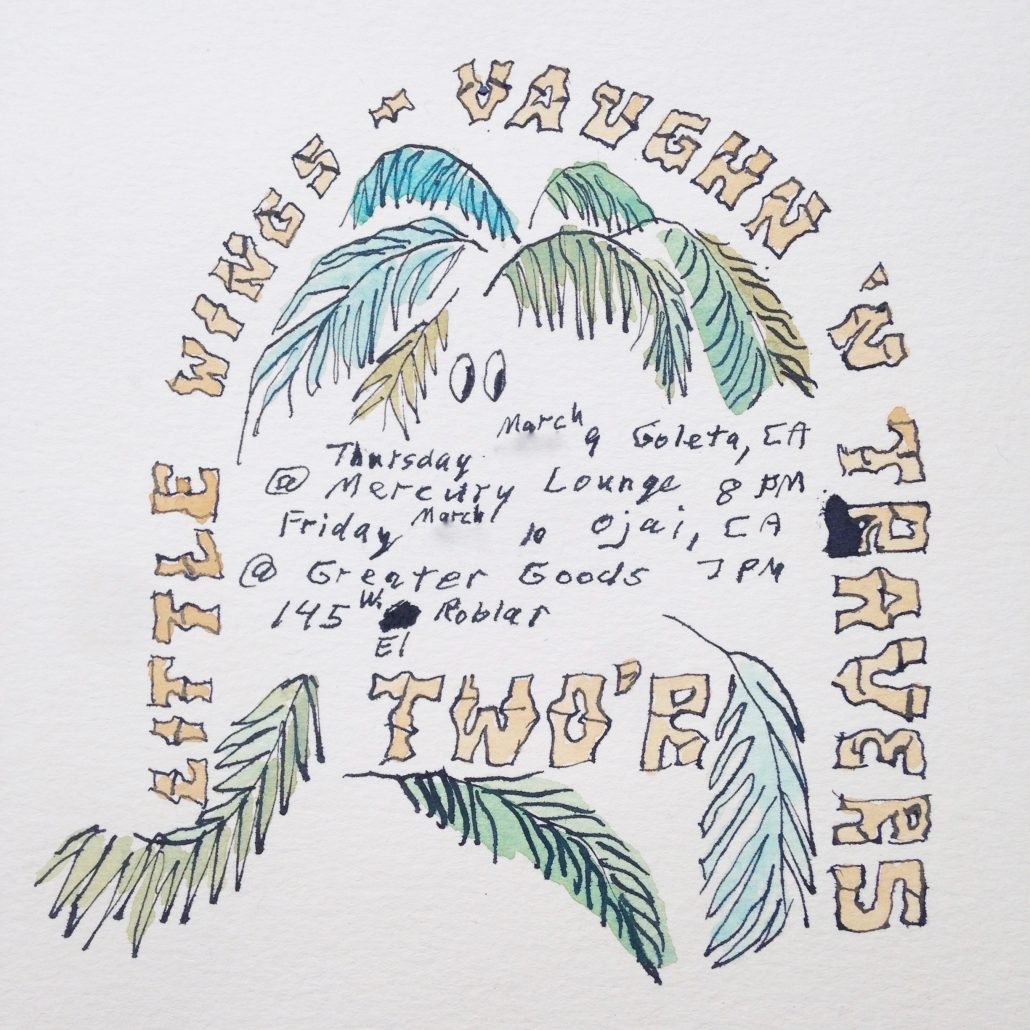 In the late 1990s in San Luis Obispo, California, Field formed the band Little Wings, of which he is the only permanent member. In the past, the band has had members Adam Selzer on drums, Rob Kieswetter (aka Bobby Birdman) on keyboards, Mark Leece as bassist and various others. As Little Wings, Field has released over a dozen albums, under the Walking and independent K Records labels. Field also has played with Grandaddy, Lee Baggett, André Herman Dune, local funnyman Peaches and Devendra Banhart throughout the 2000s. www.littlewingsnow.com

$10 suggested donation at the door.