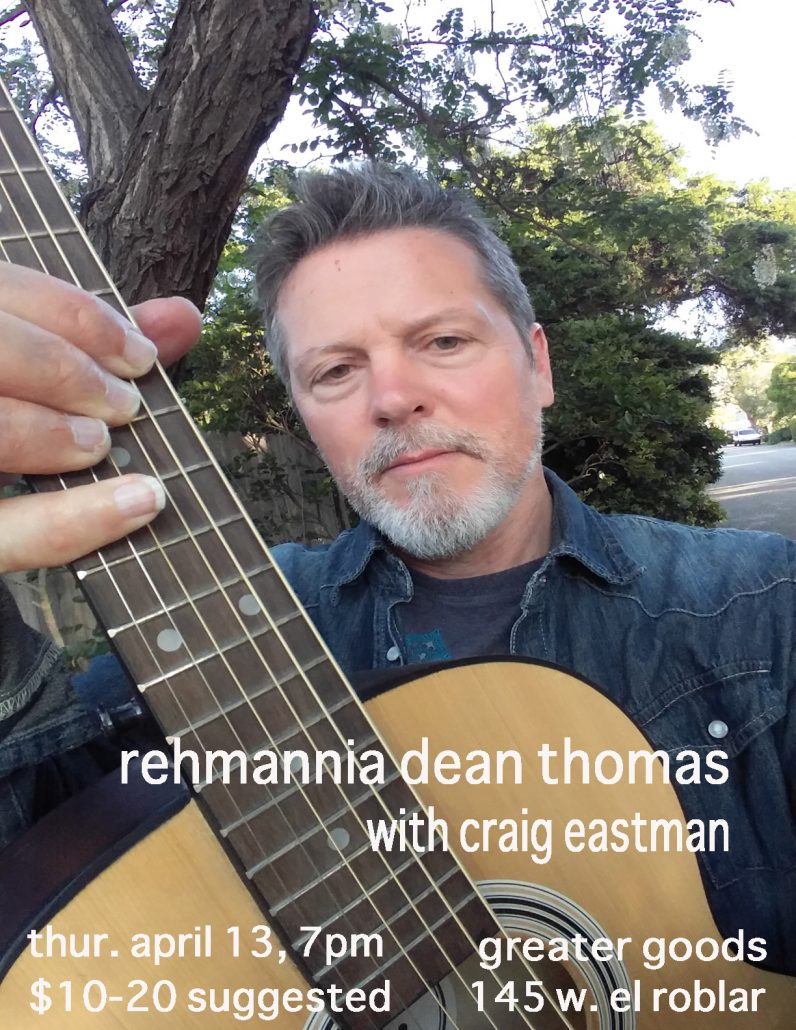 rehmannia dean thomas doesn’t often show his musical side, but greater goods seems to have inspired the kentucky native to come out for a special show of traditional bluegrass and country music. joining him will be fiddle maestro craig eastman.

“if you are lucky enough to catch craig eastman you will not forget you’ve seen one of the best.”

how to soak up rain, end drought, & cool the earth