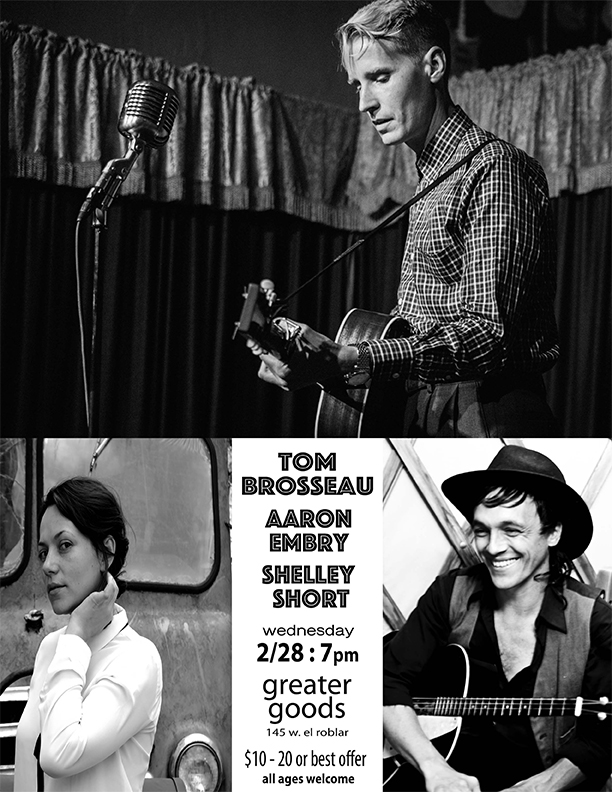 This February and March, Tom Brosseau will be hitting the road with singer-songwriter Shelley Short. Seattle to San Diego with some great stops in between. Joined by the wonderful Aaron Embry for their Ojai stop-in, expect a great evening of song and story. Tom will be performing new compositions for a new record he’ll be recording later in the year. Neat items at the merchandise booth include club Tom Brosseau tee shirts, Posthumous Success vinyl, and limited edition screen print tour posters.

A special night for Greater Goods as Tom played the first show at Greater Goods way back in March of 2017. A reunion of sorts! Be here or be square!