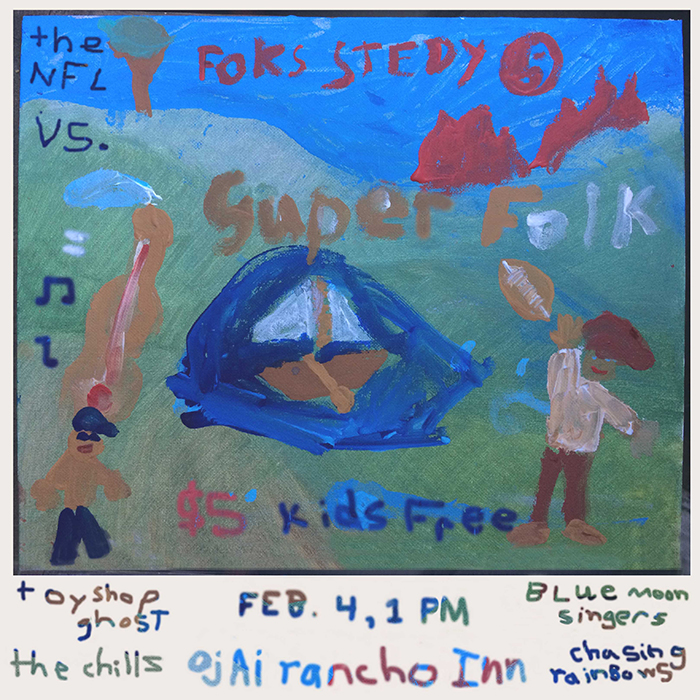 A monthly Sunday matinee acoustic series, with a handful of local talent — family friendly — Come make a day of it.

Bluemoon Singers
Sofia Burke and Izadora Fleetwood are two twelve year old ukulele players who live in the hills of  Ojai, California. The girls started playing together last summer 2016 and never looked back. The Blue Moon Singers have played  concerts on all of the stages of Ojai for the past year including,  The Deer Lodge, Caravan OutPost, Euterpe Farms, The Rancho Inn and others. They play a mix of original songs and covers. The Blue Moon Singers love their ukuleles more than anything, they play morning noon and night (especially when there are chores to be done in the yard)  they will without fail, be found singing their hearts out working on  new songs instead.

Chasing Rainbows
In one of the Netherlands seediest and most notorious dive bars “The Diepte,” which literally translated means “hell” I met the drummer from our band. He got asked at the last minute to sit in with a local band and unleashed one of the most incredible percussive experiences I have ever witnessed. At the time I was also playing drums in a few different bands over there, so that created an instant connection and respect. Basically that was the start of an inseparable friendship and musical bond, he asked me if I wanted to come over to his studio and record a few of my songs and we have been doing bands together ever since. -Lawrence Rengert