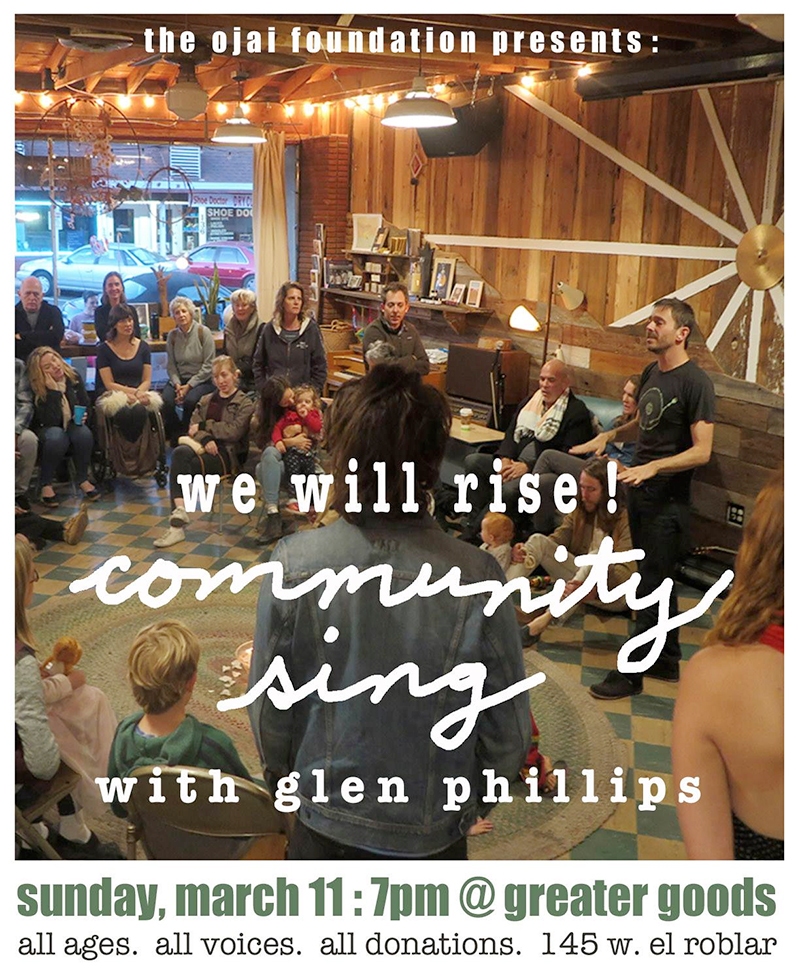 Greater Goods is thrilled to welcome back the amazing Glen Phillips (Toad the Wet Sprocket) for a solo show and all ages, all voices, community sing! no group singing experience needed, as glen casually & masterfully will guide us into the thrilling waters of group singing… as always, your donations support both the artist & the space, so give what you can.

Presented by The Ojai Foundation

Santa Barbara native, Glen Phillips, began Toad the Wet Sprocket in 1986, at the age of 15. By 1988, they had signed with Columbia Records. They recorded five albums and many major tours until 1998. During his time in Toad the Wet Sprocket, Phillips was involved in a pop rock project called Flapping, Flapping. Three years later, Phillips released his first solo album, Abulum, which was a change from the sound that Toad the Wet Sprocket was known for. This was followed up by a self-released live album and solo touring, along with a reunion tour with his former Toad bandmates.
www.glenphillips.com